Before the Mars Retail Group transformed its Ethel M Chocolates store at Fashion Show into Ethel's Chocolate Lounge in September, company executives did no advance consumer research to study whether tourists and locals would embrace the new concept. They merely wanted to see, on a small scale and in real-market time, how the lounge would fare in Las Vegas. Mars executives liked the results of the changeover: Sales inside the 1,200-square-foot store grew by double digits.

Now, based on the improved sales, Mars' test run is leading to an entirely new business model for Ethel M Chocolates, a beloved, locally based brand that's been a Southern Nevada mainstay since the company's Henderson headquarters and factory opened in 1980. In the next two months, Mars Retail Group will change all nine of the company's Ethel M Chocolates stores across the Las Vegas Valley into Ethel's Chocolate Lounges.

The transition is under way inside stores at the Henderson plant and at The District at Green Valley Ranch. Conversions are planned for the remaining stores inside the California and Flamingo hotels, the Meadows Mall and McCarran International Airport. Future stores, both locally and nationally, will carry the Ethel's Chocolate Lounge logo. "We are calling this a chocolate evolution," said John Haugh, president of Ethel M owner Mars Retail Group, a Henderson-based division of global food giant Master foods USA. "We're building on the best part of our past as a regional leader in chocolate. By transitioning Ethel M to Ethel's, we're at the forefront of innovation."

Fans of Ethel M needn't lament the brand's disappearance from storefronts. The nameplate will live on in the Ethel M Classic Collection. Consumers will be able to buy seven of the company's best-selling product lines, including assortments with Almond Butter Crisps, Lemon Satin Cremes and Milk Chocolate Raspberry Satin Cremes. Ethel M's Buttery Pecan Brittle and Chocolate-Stribboned Pecan Brittle will also be available, as will the Las Vegas Slot Box featuring foil-wrapped chocolate coins and the Taste of Las Vegas collection with its box cover featuring the Strip skyline. The collection's prices will range from $8 to $33.

The local changeover to Ethel's Chocolate Lounges follows a 10-store rollout in Chicago in 2005 and 2006. Unlike the Las Vegas debut, the Chicago launch involved extensive consumer research. The company's studies "said there was a space for us to go after a more contemporary lounge environment and more everyday premium chocolates," Haugh said.

Inside Ethel's Chocolate Lounges, patrons can buy 10 chocolates and hot cocoa for two for $18. Chocolate fondue for two, with dipping items such as strawberries, bananas, marshmallows or pound cake, costs $18 to $25.

The chocolate flavors in the Ethel's line also depart from the standard butter-cream fare of more conventional lines. Truffles come in espresso, honey and coda varieties, while the Cocktail Collection serves up chocolates with hints of spiced rum, brandy, champagne and mixed drinks such as mojitos and margaritas. The American Pop Collection offers Peanut Butter and Jelly, Cinna-Swirl and Apple Pie varieties. The confections feature custom touches such as hand-squeezed juices for the Fruit Collection and individually painted or transferred art on candies in the Cocktail Collection.

Candies sold through Ethel's have commanded about a third more in price than Ethel M chocolates. A 1-pound, 1-ounce box of Ethel M Creamy Milk Chocolates, for example, contains 40 pieces and sells for $29. A 24-piece box of Ethel's chocolates retails for $24. Food-industry experts say Mars Retail Group's brand makeover is a wise one given the trend toward trading up -- the notion that middle-class consumers are seeking small-scale luxuries they can relish every day. Steve Lalich, president of the Illinois-based food-marketing firm Lalich Resources, said the proliferation of "higher-quality food" in recent decades means more consumers can distinguish between upscale and mid-market products. That ability to taste a difference makes many consumers keener on investing in gourmet delicacies, Lalich said. People have also shown a greater willingness to spend on occasional goodies. "When it comes to a small treat or piece of candy -- something where you're not buying a month's worth of food to feed a family -- you're usually consuming in smaller quantities, so you can kind of justify the higher expense," Lalich said.

Ryan Montague, president of Gourmet Business Solutions in New Orleans, said other major chocolate makers are going high-end, such as Hershey's with its new Cacao Reserve line. "A lot of companies are entering the upscale market," Montague said. "Larger companies have seen the enormous growth in the gourmet-food segment, so they're trying to get a piece of that growth."

Mars plans to expand Ethel's locally and nationally. By the end of 2007, "a couple more" Ethel's Chocolate Lounges should have opened in Las Vegas, Haugh said. The company is eyeing new locations near Boca Park at Rampart and Charleston boulevards and Town Square, which is under construction at Sunset Road and Las Vegas Boulevard. Executives are preparing for nationwide expansion in 2008. Mars officials haven't solidified entry into specific cities yet, though Haugh said the emphasis would be on markets with diverse demographics and high concentrations of gourmands. "We're talking about the usual suspects -- L.A., Dallas, Atlanta," Haugh said. "We're looking for premium 'foodie' markets." The company will also make capital investments in its Henderson factory as the plant switches more of its output to Ethel's products, though Haugh didn't disclose the price of the improvements.

Haugh said the company doesn't plan to let workers go or hire new staffers to accommodate the brand swap. Mars Retail Group employs about 450 workers in the Las Vegas area. Food marketers said expansion could bring even sweeter success to Mars Retail Group. "If you look at Starbucks, going for a cup of coffee there is kind of the 'in' thing to do," Montague said. "It's become a status symbol. The chocolate lounge could follow in similar footsteps. It may not be as large an industry as coffee, because so many consumers are drinking coffee. But a chocolate lounge could be the next hit date thing. Instead of grabbing a cup of coffee, people might go to the new chocolate lounge and have a couple of gourmet chocolates. It's possibly one of the great, new, emerging trends." Agreed Lalich: "I don't see a slowdown in gourmet trends in the near future. I just see the gourmet market as continually moving up. I think there's a market for (Ethel's)." 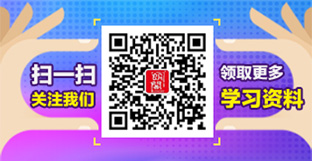